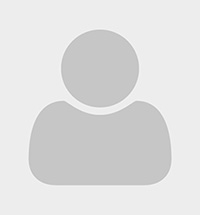 Prof. Khadija Jhatun has 35 years of teaching experience in Graduate and Post Graduate level in the University of Dhaka and have the same years of experience as trainer and researcher.

Prof. Khsadija Khatun has participated in various National and International Conferences held at home and abroad. In these connection she traveled UK, Malaysia, China, Macau, Indonesia, and Thailand. She has more than thirty publications including books and manuals.

As a researcher she has contributed to a number of projects sponsored by UNDP, Ford Foundation, ADB, World Bank etc.

Prof. Khadija Khatun held the position of Director of ISRT from January 1990 to January 1993. She did her job efficiently in this administrative position.

In addition to teaching and research in ISRT and Women’s Studies Department, Dhaka University, she taught Statistics in Post Graduate Medical College for couple of years.

She used to guide students at Post Graduate level to prepare dissertations for Masters Degree.