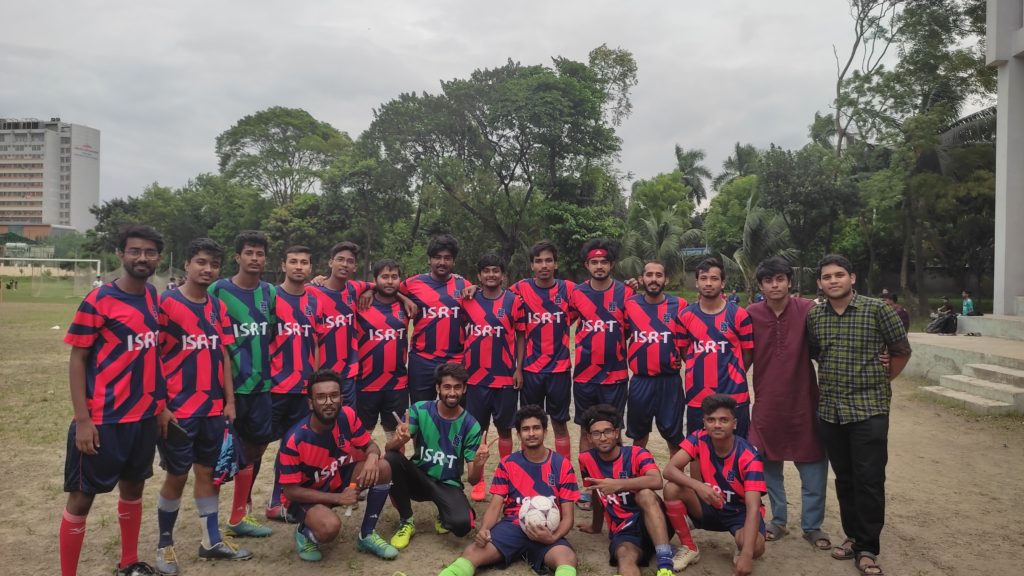 The ISRT football team has won its first match in the inter-department football tournament and successfully qualified in the top sixteen. The ISRT team defeated the Institute of Nutrition and Food Science (INFS) team in the tiebreaker by the scoreline of 4-3 after a 1-1 draw in full time. The match between the two institutes was held at Dhaka University central playground at 4 PM on 19 August. The only goal during the playing time was scored by Prosanjit Saha (Batch 24). Every player has put out their best effort. They had a large audience from ISRT to encourage them throughout the game.

A big congratulations to the ISRT football team for their outstanding success.