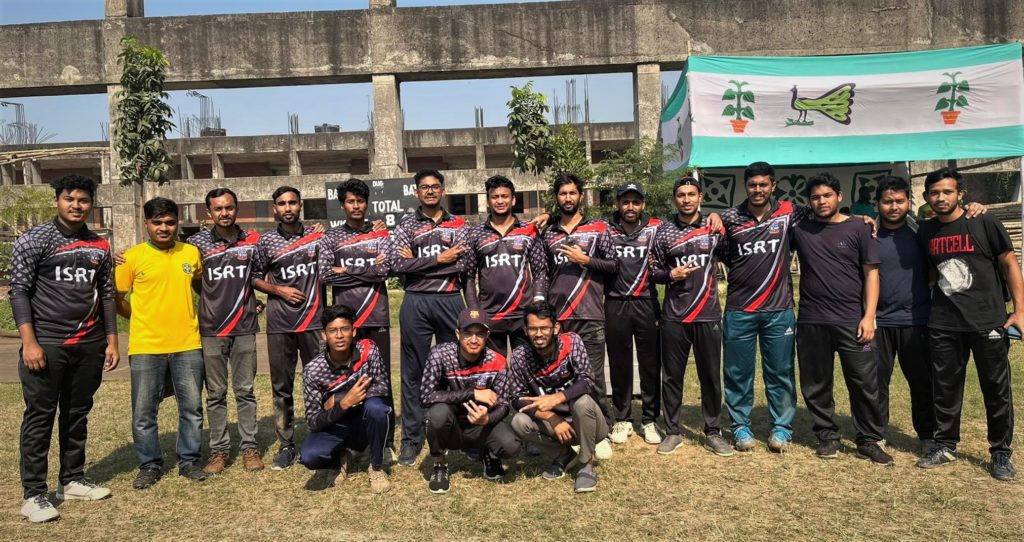 ISRT convincingly defeated a strong Pharmacy team by 26 runs in their second match of the Inter-Department Cricket Tournament. Batting first, ISRT compiled 92 runs for the loss of 2 wickets from their stipulated 10 overs.  In reply, Pharmacy chased and was able to score 69 for 4 wickets in 10 overs. ISRT’s Prosanjit claimed three wickets for only 5 runs from his bowling of 2 overs.  ISRT’s Enam Shoyeab hit 36 runs unbeaten from only just 16 balls and Mahdi scored 25. Enam Shoyeab has been declared the man of the match for his performance. ISRT appreciates this excellent performance highly and warmly congratulates its cricket team.