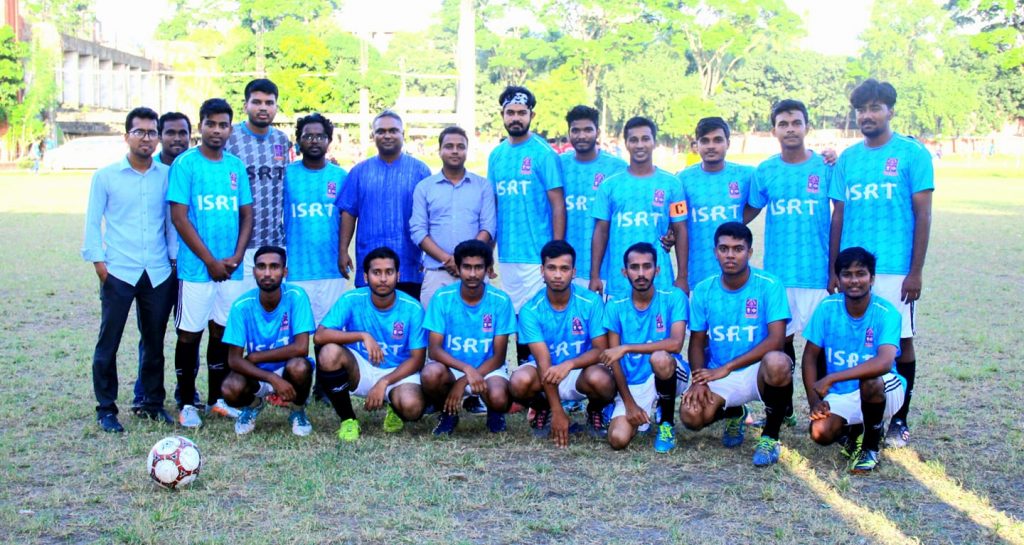 ISRT has won their first match in the inter-department football tournament of the University of Dhaka against the Department of Clinical Psychology by 2-0 goal in the first round that was held on 8th September 2019 at Gymnasium playground. Each player played a fantastic match showing their best effort and excellent team spirit which resulted in a big win. A large number of students encouraged the players by attending in the playground and they enjoyed each moment of the match. Sajidul Sabbir (22nd batch) and Prosan Jit scored the goal.  Prosan Jit got the player of the match award. The next match will be against the Department of Electrical and Electronics Engineering in the second round.

ISRT congratulates ISRT football team for their great win and best wishes for their next matches.