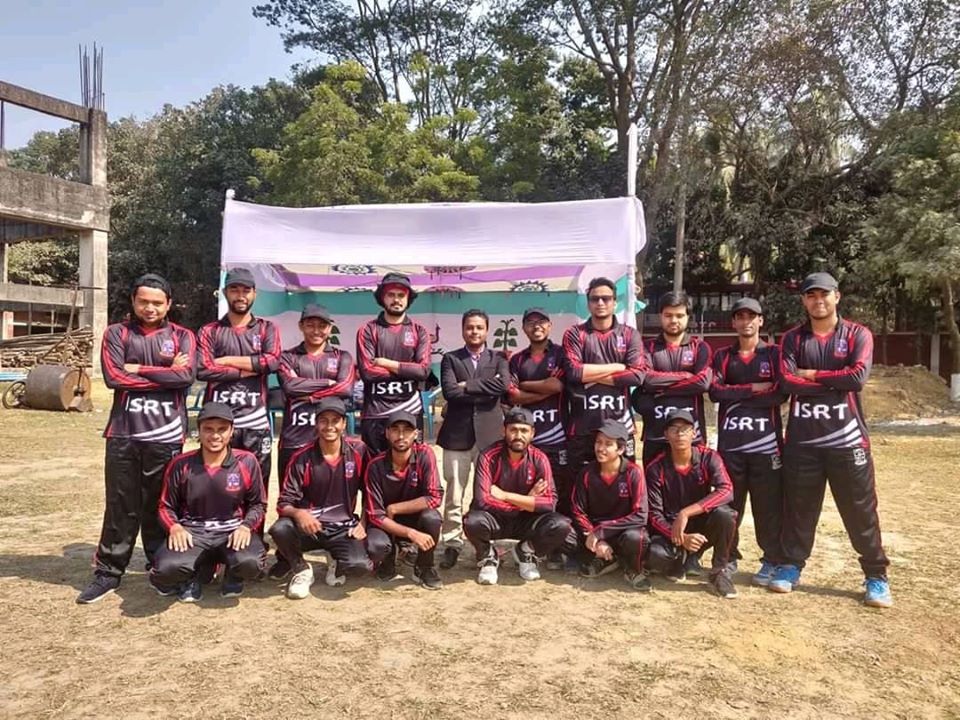 ISRT won by 28 runs in their first match against the Department of Electrical and Electronic Engineering in the inter-department cricket tournament 2019-20 of the University of Dhaka held on February 3, 2020 at Central playground. A large audience consisting of the Faculty members and students were present at the venue to inspire our players. Batting first, ISRT scored a competitive total of 154 for 6 wickets in 20 overs. With a display of tremendous performance of our players, EEE were bowled out for 126 runs with 1.5 overs to spare in the 2nd innings. Faysal Hassan (21 batch) scored an impressive half century (70 runs) and was named the player of the match. Eanam Ahmed Shoayeb took 3 wickets. ISRT will face the Department of Theoretical and Computational Chemistry or the Institute of Nutrition and Food Science in the second round.

ISRT congratulate the ISRT cricket team for this great success and offer best wishes for their next matches!